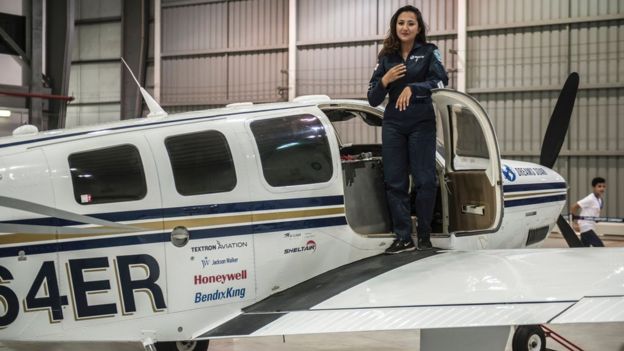 Dunya News/Pakistan:  An Afghan-American woman is breaking all barriers by taking a solo round-the-world flight.

Twenty nine-year-old Shaesta Waiz aims to be the youngest female pilot to complete a possibly record-breaking flight around the world. Born in an Afghan refugee camp in 1987 during the soviet war, she escaped with her family and moved to the United States. She realised that she had a passion for flying and obtained her pilot’s license, becoming the youngest certified civilian female pilot from Afghanistan.

Waiz started her journey in a single-engine plane from Daytona Beach, Florida which will take her to 18 countries across 5 continents.