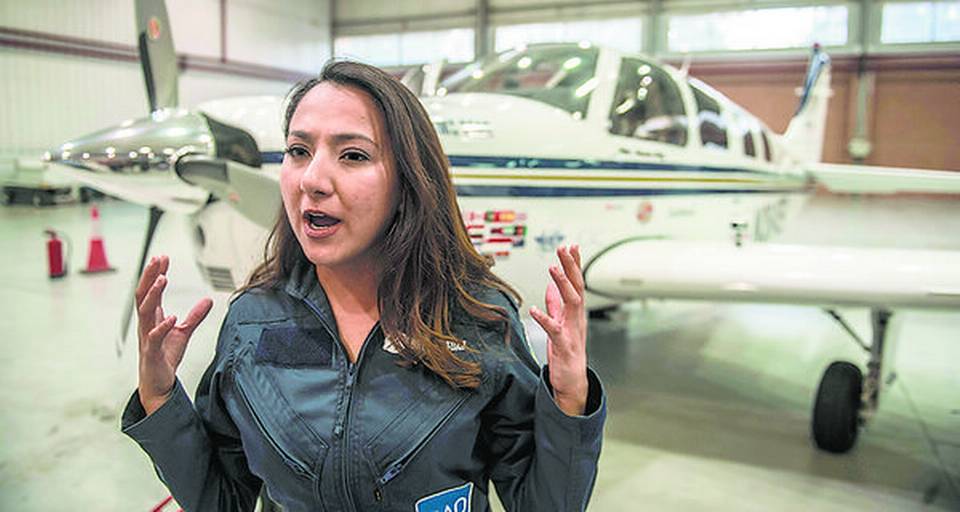 An Afghan-American female pilot on a solo flight around the world seeking to inspire young women across the globe has taken a detour to visit her native Afghanistan and meet the country’s president and civil society activists struggling to safeguard women’s rights.

Shaesta Waiz left her single-engine plane in Dubai to take a commercial flight to Kabul where she arrived on Monday.

The 29-year-old said her Beechcraft Bonanza A36 was not suited for flying over the mountainous terrain of her native country.

Ms. Waiz, the first female pilot from Afghanistan, began her journey in Florida in May and has since made stops in 11 countries, with eight more to complete her mission.

“The whole purpose of this flight around the world is not to set a world record,” Ms. Waiz said, during a welcoming ceremony by government officials and activists in Kabul.

“The purpose of this trip is to inspire young girls and boys to believe in themselves, to believe in what they are capable of doing, regardless of where they are from or the challenges you had faced in your life.”

Afghan President Ashraf Ghani welcomed Ms. Waiz at his office later and told her how much he admired her courage.